In order to evaluate the levels of expectations and satisfaction of RMIT Business students, a questionnaire was designed. It was based on the Student Satisfaction Inventory (SSI), which was produced by USA Group NoelLevitz (2000) and whose purpose is to collect basic demographic information about respondents and measure student perceptions regarding both the importance of, and satisfaction with, key student services and campus experiences in traditional campus environments. However, since the SSI is designed for traditional higher education settings, not all of the scales or survey questions may be relevant to student online services.

The target population for this study consisted of RMIT business undergraduate students. However, participation in the survey was restricted only to final year students due to the fact that they had adequate experience to rate the statements in the questionnaire.

To appropriately conduct tests of statistical significance, the issue of sample size is important (Hinkin 1995). The results of many multivariate analysis techniques depend significantly on sample size. Considering these arguments and also time and resource constraints, the sample size chosen for this study was 135 respondents. The sample was obtained using a stratified sampling method. In this method, the sample is not only chosen randomly, but it is also made to reflect the population in some specified characteristic. Table 2 shows how the sample size was obtained.

The questionnaire was emailed to 135 students by using their university student email addresses. Along with each questionnaire, each respondent was given an informed consent form outlining the research study and indicating that their participation was completely voluntary, their responses would be confidential and anonymous, and that results would only be reported in aggregate form. If the student agreed to participate in the study, he/she was expected to send back the completed questionnaire to the researcher via email. A response rate of 49.6% was obtained.

The data that was obtained from the questionnaire were the “course related”, “academic administration and registration”, and “general university” expectation and satisfaction scores. The sum and average of these scores were then calculated.

The weights of the three dimensions, were obtained by a process called the analytic hierarchy process (AHP), which was developed by Thomas (1980) and designed to solve complex problems involving multiple criteria. This process requires the respondents to provide judgments about the relative importance of each dimension and then specify a preference on each dimension for each decision alternative. “Pairwise comparisons are fundamental building blocks of AHP. In establishing the priorities for the three dimensions, respondents were asked to state a preference for a dimension when the dimensions were compared two at a time (pairwise).

In general, RMIT students have higher level of expectation than satisfaction, meaning that students’ needs are not being fully met. Within the past few years, the general public has been bombarded with advertising that stresses customer service. Typically, higher education institutions do not treat their students as customers, but rather as partners in the educational process.

Issues in the assessment of real-life learning with ICT 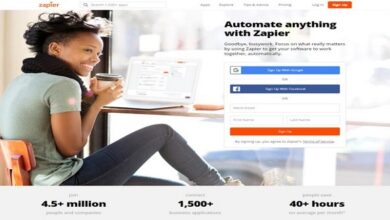 A Framework for Web-based Knowledge Products and Instant-Qualification 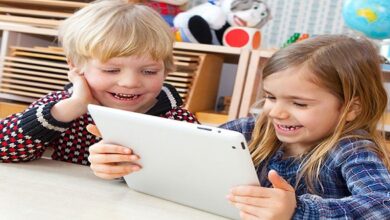 GETTING INTERACTIVE MEDIA INTO SCHOOLS